Turn towards Him, who resides within:

In Jesus’s teachings we find numerous verses like this asking us to turn away from the world of objects (ie. Maya) and towards the Lord who resides within – I have compiled a selection here, Namaste 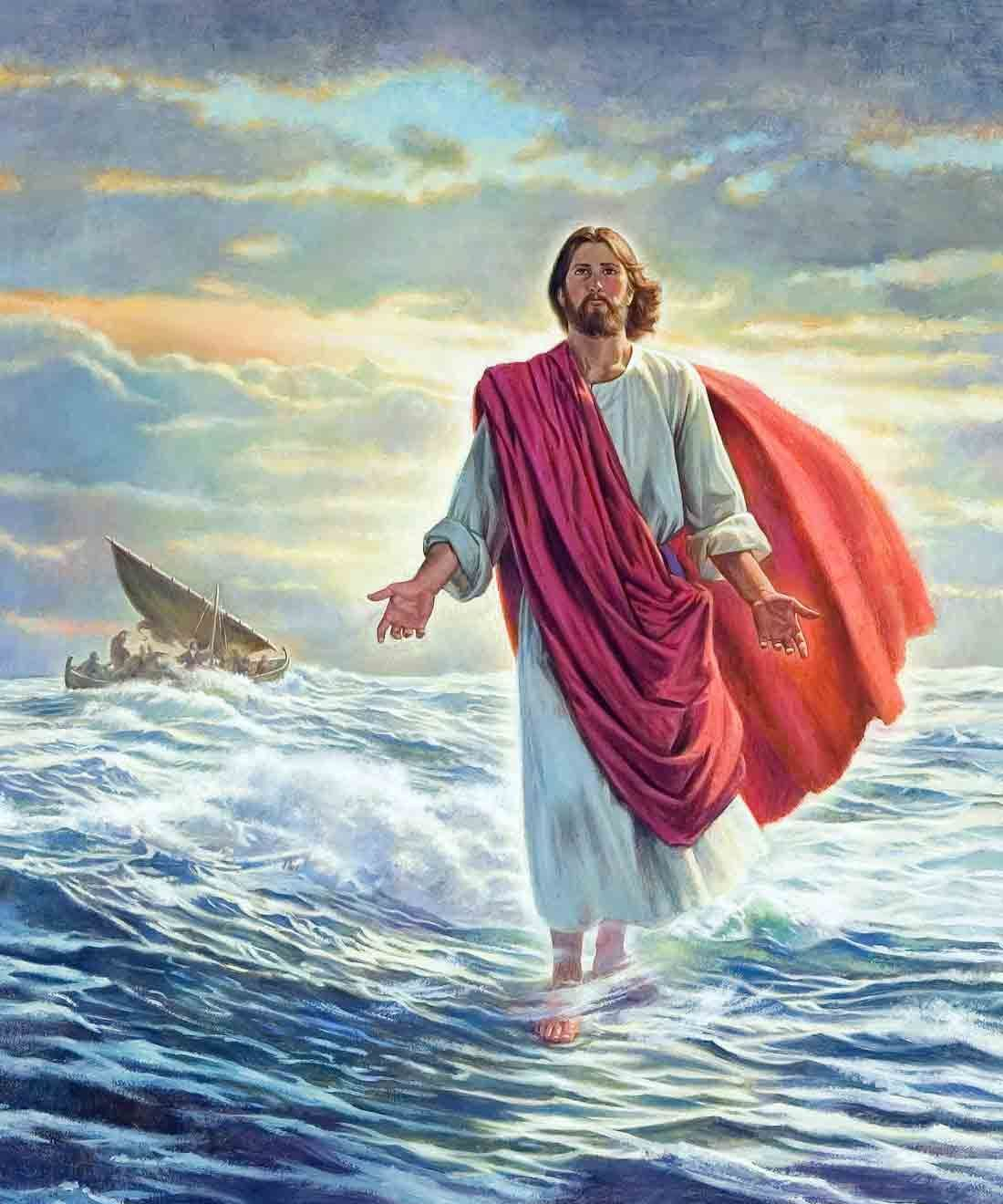 The Non-Dual Vision of Jesus Christ

The following quotes are taken from the Bible, and whilst they are taken out of context, together they do reveal a certain power of their own, pointing out the need to turn away from the world towards Source Within (‘the Father’):

Do not love the world or the things in the world. If anyone loves the world, the love of the Father is not in him.
1 John 2:15

You adulterous people! Do you not know that friendship with the world is enmity with God? Therefore whoever wishes to be a friend of the world makes himself an enemy of God.
James 4:4

And the world is passing away along with its desires, but whoever does the will of God abides forever.
1 John 2:17

If anyone comes to me and does not hate his own father and mother and wife and  children and brothers and sisters, yes, even his own life, he cannot be my disciple.
Luke 14.26

…the whole world lies under the sway of the wicked one.
1 John 5:19

For if you live according to the flesh you will die, but if by the Spirit you put to death the deeds of the body, you will live.
Romans 8:13

So then, none of you can be My disciple who does not give up all his own possessions.
Luke 14:33

No one can serve two masters, for either he will hate the one and love the other, or he will be devoted to the one and despise the other. You cannot serve God and money.
Matthew 6:24

Do not be surprised, brothers, that the world hates you.
1 John 3:13

Woe to you, when all people speak well of you, for so their fathers did to the false prophets.
Luke 6:26

Tom’s interpretation: whilst all is from ‘the Father’ (ie. Source), this type of teaching exposition is given to show us that these types of desires for sense-objects and object-based happiness actually lead us away from liberation. i.e. all objective phenomena (‘all that is in the world’) are ephemeral manifestations of Maya. It is only when we lovingly attend to the Source Within, ‘the Father’, which is both the path of Knowledge and the culmination of the Path of Love, that we realise our already inherent unity with Him (or Her or That).

Keep your life free from love of money, and be content with what you have, for he has said, “I will never leave you nor forsake you.”
Hebrews 13:5

His dominion is an everlasting dominion, which shall not pass away, and his kingdom one that shall not be destroyed
Daniel 7:14

Peace I leave with you; my peace I give to you. Not as the world gives do I give to you. Let not your hearts be troubled, neither let them be afraid.
John 14:27

For whoever wishes to save his life will lose it, but whoever loses his life for My sake, he is the one who will save it. And He was saying to them all, “If anyone wishes to come after Me, he must deny himself, and take up his cross daily and follow Me.”
Luke 9:23-24

He [Jesus] turned and said to Peter, ‘Get behind Me, Satan! You are an offense to Me, for you are not mindful of the things of God, but the things of men.’”
Matthew 16:23

One day Jesus invited a man to follow Him and become His disciple—but the man refused. He said he would follow Jesus later, but first he wanted to go bury his father. Jesus responded, “Follow me, and let the dead bury their own dead”
Matthew 8:22.

For as in Adam all die, so also in Christ shall all be made alive.
1 Corinthians 15:22

The true light that gives light to everyone was coming into the world. He was [already] in the world, and though the world was made through him, the world did not recognize him.
John 1:9-10

Christmas is meant to be about celebrating the birth of Jesus, and the above bible verse tells of his coming. But was Jesus ever born? I’m not asking whether or not he existed, I’m asking was Jesus an entity that was born into this world, or was Jesus something else?

In John’s gospel the opening chapter proclaims the coming birth of Jesus Christ. But in verse 10 (above) it clearly states that Jesus already existed prior to his birth, and prior to the existence of the world: he was already in the world, the world was made through him, but the world knew him not.

This is not referring to the human Jesus made of flesh and blood, but something else, something deeper, more subtle, more universal and more potent. This Christ is the True Light, as per verse 9 above, the deeper essence of Christ. A few chapters later in John’s Gospel Jesus himself testifies that he was never born:

Note, Jesus doesn’t say ‘I was’, he says ‘I AM‘, again indicating he is and always has been beyond the notion of time. Anyone who has studied vedanta and other spiritual traditions would be familiar with similar sayings espoused by countless sages in ages gone past.

Jesus is not identifying himself as the body-mind entity, but as the Absolute, the Father, the unborn, that which always IS, that which is never not.

So here’s to wishing you all a very Merry Christmas, and when we come together to celebrate Jesus’s birth, let us remember the deeper import of Jesus’s teachings: to be with the Father, the Absolute, that to which we are all slaves whether we know it or not.

And it is in discovering this slavery that we actually ‘become’ free.

So Jesus said to them, “Truly, truly, I say to you, the Son can do nothing of his own accord, but only what he sees the Father doing. For whatever the Father does, that the Son does likewise.”
John 5:19

Many spiritual teachings tell us to look within. This is an antidote-type teaching, meaning it is there to correct a wrong view. If you are looking outwardly for lasting fulfilment in worldly or material things (objects outside of oneself), a teaching that says ‘look within’ can counteract the outgoing tendency.

So briefly, why does looking outwardly for lasting fulfilment not work? Because the world will never give rise to lasting satisfaction as everything is the world is changing. Whatever you can gain or obtain can also be taken away from you or lost. Even while you have it you may be anxious about losing it, such is the nature of the world and the objects that seemingly lie within it. Hence the instruction to look within for the deepest treasure: END_OF_DOCUMENT_TOKEN_TO_BE_REPLACED