In the original Sanskrit, the word translated here as ‘work’ is ‘karma’. In the the preceding chapters Krishna has taught Arjuna about spiritual practice during activities, ie. karma yoga, in which the mind is made calm during activities by various means.

Now, in Chapter 6, Krishna teaches Arjuna that eventually the path of work leads to the path of stillness, and it is through stillness of mind that one advances in yoga. The rest of Chapter 6 explains in more details how this is to be done.

Q. Don’t you think surrender is the best way, as it is the essence of the 4 yogas?

Tom: It depends. It’s true that surrender is essential for most, and it becomes more prevalent, especially as spiritually matures. Surrender is a wonderful way. But surrender itself ends in stillness of mind.

However some cannot surrender, and need to do karma yoga first. Others need to do hatha yoga and meditation. Others are more intellectually inclined and do viveka, or discrimination between the changing and unchanging, as per Jnana yoga.

The best yoga is the one you actually do.

Q. Don’t all the yogas go together? It’s not like you can either chose Bhakti (devotion) or Karma (action) yoga, but you practice them both together. Is that correct?

Tom: Well for some it starts with a single yoga, for example bhakti yoga, and then as bhakti yoga progresses, all the yogas end up coming together. This is the same for all the yogas. Usually people start off with an affinity for one of the yogas, be it, raja yoga (meditation), bhakti yoga, karma yoga or jnana (knowledge) yoga.

As the yoga progresses, the body-mind becomes purer, more integrated, and naturally develops an affinity for one of more of the other yogas. Eventually all the yogas come together, merging in stillness of mind (samadhi).

The ultimate yoga is for the ego to simply be still, dormant, and in that dormancy, through the ‘grace of God’, it can collapse, at least that’s how it appears. It can be seen there is no ego, there is no doer/author of actions. 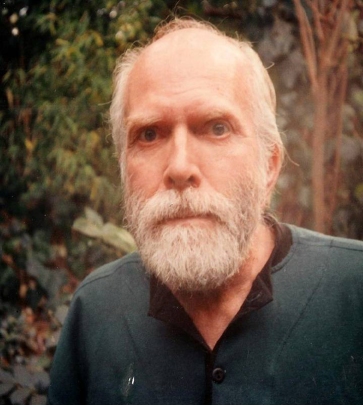 As the years went by people such as Buddha, Shankara, Jesus, some others, people that we know about like Sri Ramana Maharshi, Nisargadatta Maharaj and others including myself came to conclusion that what is needed in this age is a combination of teachings.

When you teach Jnana Marga by itself as many so-called beings, gurus are doing today it becomes a bunch of rhetoric. It builds up the ego, it doesn’t destroy it. Jnana Marga by itself becomes cold and calculating. People start to feel as if they are superior to others. It is called also the talking school. Where people talk to each other debate issues about Jnana Marga. Get involved in heated discussions, debates, arguments and you get absolutely nowhere.

It is called also the talking school. Where people talk to each other debate issues about Jnana Marga. Get involved in heated discussions, debates, arguments and you get absolutely nowhere.

But when you combine all of them together, Jnana Marga, Bhakti Marga and Karma Marga you have a beautiful teaching.

But when you combine all of them together, Jnana Marga, Bhakti Marga and Karma Marga you have a beautiful teaching.

The word yoga can be used to describe a series of specific methods which aid and direct the seeker towards the goal of the ending of suffering or of attaining realisation. So let me start by saying something quite obvious: all of the yogas* are practices to be performed or actions to be done. They are therefore meant to be performed by a person who thinks themselves to be a separate doer-entity.

The very existence of the (illusory) separate doer implies a duality – in fact the imagined doer is the essence of duality, the first conceptual step from which all other dualistic notions proceed from. The duality that it sets up is between that of the subject (the doer) and objects (the objects of the world in which actions are done).

The aim of all yogas is, through practice, to facilitate a seeing/realisation that the separate doer-entity is an illusion. And therein lies the apparent paradox. Yoga is action undertaken by the (imaginary) separate doer in order to see through this illusion of doership.

*Traditionally there are several key yogas outlined in the vedic texts, the main ones being Jnana Yoga (yoga of knowledge or understanding), Karma Yoga (yoga of action), Bhakti Yoga (yoga of devotion) and Raja Yoga (the king of yogas).

Also see:
How yoga works
The essence of yoga
Ramana Maharshi: The 4 paths to freedom (the 4 yogas)

In this passage below Ramana Maharshi talks about the four traditional Hindu paths to ending suffering or moksha (liberation/freedom). The four paths are traditionally called the paths of knowledge (jnana), love or devotion (bhakti), meditation (raja yoga), and doing good works (karma).