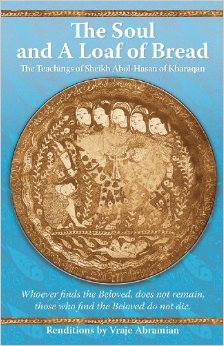 There are infinite ways to an infinite God; there are as many ways to God as there are people or beings: I have often thought this to myself, so whilst leafing through a newly purchased book (pictured above), I was pleasantly surprised to read a quote by Sheikh Abol-Hasan, a Sunni Muslim and Sufi from 10th century Persia, saying just this:

There are as many paths to the Lord as there are grains of sand and drops of rain…whomever seeks, eventually finds his way There

Sheikh Abol-Hasan, saying 141 from ‘The Soul and A Loaf of Bread’

FOR BELIEVERS IN GOD

For those of us who relate to the word ‘God’, we can come upon That which the word ‘God’ indicates through devoting and surrendering ourselves to Him (or Her). Hence, when Jesus was asked how to attain eternal life, he answered that ‘the greatest and foremost commandment’ was to ‘to love the Lord your God with all your heart and with all your soul and with all your mind and with all your strength’ (see Mark 12:30 and Luke 10:27). This command to give all of yourself to God, with everything you have, is echoed in all the great spiritual traditions that use the concept of a personal ‘God’. Sheikh Abol-Hasan, following Abrahamic and Sufi tradition, says much the same as Jesus, who himself was quoting Jewish scripture:

Again, in the Bhagavad Gita we see the same spiritual instruction of complete devotion/surrender to a Higher Power repeated again and again, this being just one example:

Absorb your mind and heart in Me,
Become My devotee, offer propitiation to Me,
Just give humble obeisance unto Me, and surely you will come to Me.
I promise this in truth to you, being very dear to Me.

BUT WHAT IF YOU DON’T BELIEVE IN GOD?

For many the word ‘God’ just gets in the way. It may have negative connotations, be too ambiguous or be simply unbelievable as a concept. For those of us who do not relate to the word ‘God’, there are other ways of reaching and experiencing the Peaceful State.

In some schools of Hindu thought and in early (Theravada) Buddhism there is no reference to a personal God at all, and instead words such as ‘reality’, ‘truth’, ‘ultimate knowledge’, ‘freedom’ and ‘enlightenment’ are used to point to That which is timeless and devoid of suffering. The essential method is that of quieting the mind and looking inward to see what you are. This process goes by many names but is often called self-enquiry or meditation. The Oracle at Delphi summarised the method as “Know Thyself”.

The Oracle at Delphi summarised the method as ‘Know Thyself’

When the mind is calm and thoughts subside, it is quite possible to see for yourself that the sense of self or ego that most people normally take for granted is in fact an illusion. When the ego is gone, life still goes on as before, but this time there is a sense of Connection, Love, Oneness and Bliss. Heaven, you could call it. Ramana Maharishi makes the same point, but asking “Who am I?”. This quest leads us to knowing what we really are, which is not the ego-entity but something much greater and more intimate:

Reality is simply the loss of the ego.

…Destroy the ego by seeking its identity. Because the ego is no entity it will automatically vanish and Reality will shine forth by itself. This is the direct method

…The quest “Who am I?“ is the axe with which to cut off the ego.

In both methods, theistic and non-theistist, the culmination is at the same Indescribable Place. Here it is seen/realised/experienced that the sense of indiviuality/ego-self is an illusion. There is only Life, Spirit, Love or God (substitute in any word that works for you). In theistic traditions this is often expressed as unity with God, merging with the divine, or death of the ego. Jesus said ‘I and my father are one’, Sheikh Abol-Hasan says ‘Whoever finds the Beloved, does not remain’ and ‘I found my Beloved where I could not find myself’.

I found my beloved where I could not find myself

Sheikh Abol-Hasan, saying 2 from ‘The Soul and a Loaf of Bread’

In non-theistic traditions the same experience is talked about in terms of what it is not: as the non-existence of any sense of separate self (anatta in Buddhism), and also as the lack of separation between ourselves, our consciousness, life and the universe (non-duality or advaita in Hinduism).

The experience is also talked about in terms of what it is: Truth, Freedom, Knowledge, absolute Bliss, Love… So, which path are you more drawn to? Self-Surrender or Self-Enquiry/Meditation? ‘Love the Lord your God with all your heart…’ or ‘Know Thyself’? All paths are ultimately variations of the One Path, and your Heart will tell you which path you tend towards.

All paths converge on that Unnameable One, that which cannot be conceptualised, and therefore cannot be believed in (you can only believe in a concept; continuous direct experience requires no belief). All notions and theologies have to be left at the door if you are to enter. He has to be experienced directly.

Lord, I want to be with you to appear in every creature as You or to sink and disappear in You without a trace

8 thoughts on “Sufism: Infinite ways to an infinite god (even if you don’t believe in God)”