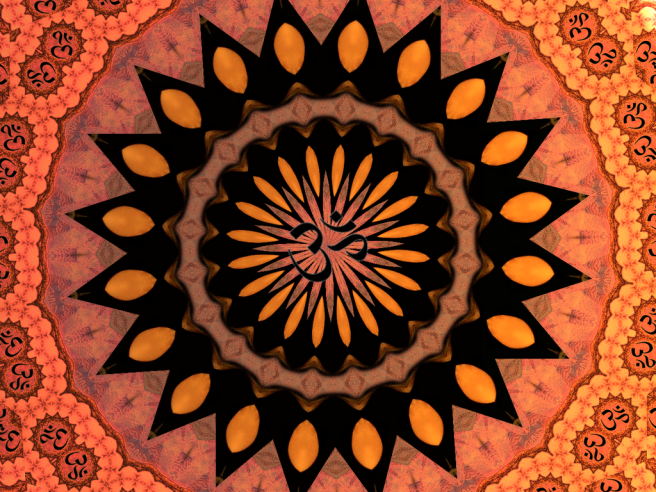 In my recent interview on Buddha at the Gas Pump, Rick asked me about Turiya, the 4th state of consciousness.

According to Vedanta, Turiya is that state of consciousness which lies beyond the 3 states of consciousness that we all ordinarily experience, namely the waking state, the dream state and the deep sleep state. In experiencing Turiya directly there is the possibility of liberation.

You can listen to our exchange on the video below. After the interview I decided to see what Ramana Maharshi had said about Turiya and was relieved to find that he agreed with me 🙂 😛 (at least on this occasion – he probably agrees with Rick on other occasions!)

Here is what Ramana had to say about Turiya:

Questioner: What is turiya?

Ramana Maharshi: There are three states only, the waking, dream and sleep. Turiya is not a fourth one; it is what underlies these three. But people do not readily understand it. Therefore it is said that this is the fourth state and the only Reality. In fact it is not apart from anything, for it forms the substratum of all happenings; it is the only Truth; it is your very Being. The three states appear as fleeting phenomena on it and then sink into it alone. Therefore they are unreal.

This view is also the traditional view of Turiya in vendanta as expounded by Gaupada in his Mandukya Karika.

So does this mean that Rick’s view is wrong? I don’t think so. His view is also a useful view, but in a slightly different way. Thinking of Turiya as a 4th state distinct from the others can also be a beneficial teaching when used in the teachings of a skilled teacher with a genuine realisation. Rick’s notion of entering a (nirvikalpa) samadhi and this having a purifying effect on the waking state is also a valid way of approaching this realisation/freedom.

It’s important to note that these teachings are ways of describing our experience. They are concepts, and form conceptual ways of carving up our experience with the intended effect of leading the seeker to liberation. They are not intended to be based in physiology or  ‘science’ in my view.

The point of these specific teachings/concepts is to point out the awareness-consciousness that does not come and go, regardless of what is happening. Whether or not they are successful in achieving that end is the test of how good the teaching is, not how well it is based in human physiology or scientific observations. It is therefore impossible to say one teaching is better than the other – the teaching that works is the ‘best’ teaching for that situation (this is the notion of expedient means in Buddhism)

Eventually, when you realise that consciousness is the essence of you, and remain as that, unidentified as body or mind, the illusory sense of doership is eventually destroyed. With it, the dualistic notion of a consciousness that is in some way distinct, underlying and permanent is also destroyed. What you are left with is what is already here: this, nameless, beyond words (and inclusive of words).

For a more detailed discussion of Turiya please see here: